The Way to the Water 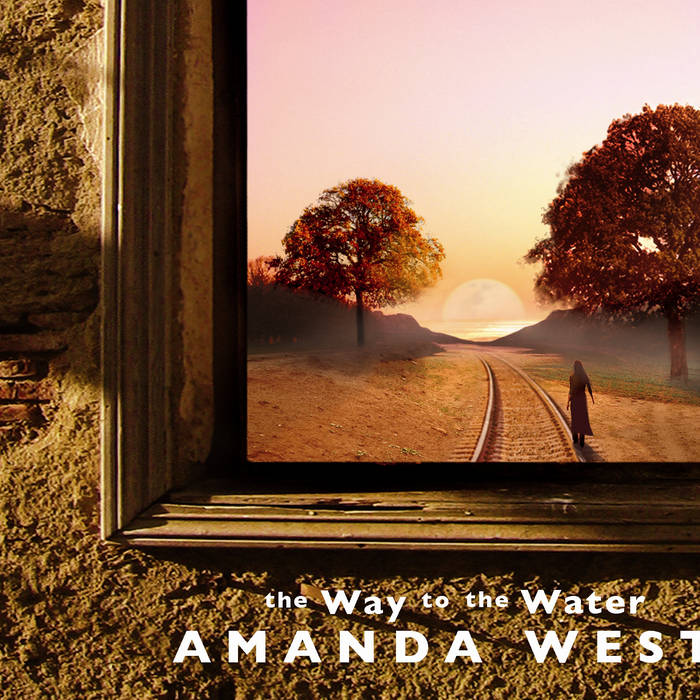 Amanda's first solo album, THE WAY TO THE WATER was recorded in the Winter/Spring of 2007, and released in February of 2008. It has received international airplay and attention, winning hearts with its deeply personal songwriting, intimate acoustic arrangements and crystalline production that leaves West's voice unveiled in all its raw and luminous beauty. Fans of Dar Williams and Sarah McLachlan will find a kindred spirit here. We are delighted to finally be offering it on bandcamp.

Thank you. Thank you for finding your way to this page. What a breathtaking journey it has been bringing into being what you now hold in your hands. This album is a much abridged journal of my life's risings and fallings, joys and sorrows, struggles, and ponderings over the past nine years. Theses songs are like my children and I am proud and anxious, releasing them to venture on their own. My hope is that they will give to you what they have brought me - comfort and companionship. Our world needs a lot of love and a lot of healing ~ for this I offer my music. We are much closer to each other than we know, drops in the same ocean, facing such similar experiences along the way to our selves, The Way to the Water..

Blessings on your travels,
in peace, love & music,
Amanda

An award winning singer-songwriter, recording artist, teacher, and mother, Amanda is not afraid of the big questions. She asks: Who are we? Why are we here? What does it mean to be human, and how can we most deeply live our temporary and precious lives?
Her own answers rests in a life, dedicated to music.

Bandcamp Daily  your guide to the world of Bandcamp